WOnderland Team shame on you

Basically they are hiding our posts
I’ve tried to send notification of the proposal of @Bholy777 to another one interested and it does’t see because it cannot be seen!

That’s crazy. It is not only sifu - it’s all of the, the team, are criminals! 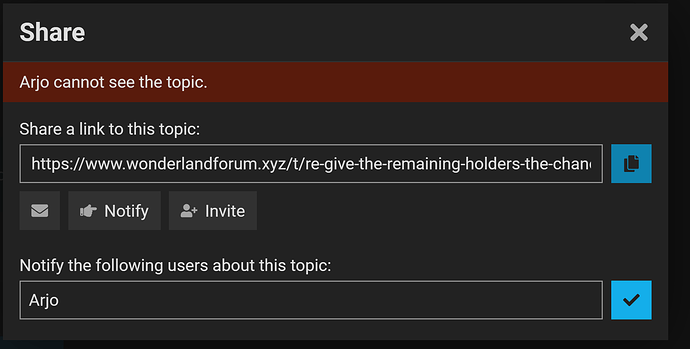 WTF This is disgusting

What are you even trying to link?

Let’s try to understand they have their guidelines. 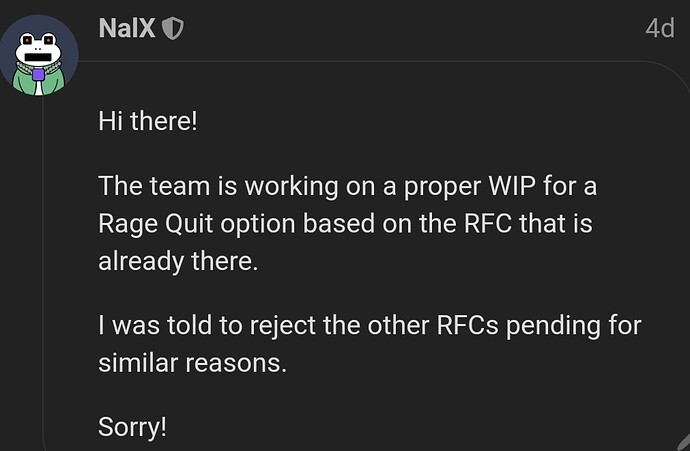 Ah, now I see what you meant. As indicated in the screenshot. Pending RFCs suggesting a solution similar to the rage quit were rejected given that we would not be voting on 5 different rage quit options.

While this one was different in execution, it was in essence a rage quit option.

1 Like
PROPOSAL: Give the remaining holders the chance to get their original investment back
HeySuss February 17, 2022, 1:41am #6

I’m having similar issues moving our team’s General Discussion to RFC. To be clear, the mods have been blocked by the dev team. Looks like the dev 0xWicked is blocking the forum mods.

To clarify, it’s not that we were told not to move them, but rather that we weren’t told we could lol