If you do revenue share model, as in remove rebasing (Like AMM pools are doing today, having a price for your LP token that goes up). 3,3 is no longer the best incentive.

In revenue share model with no rebasing, putting your time in a liquidity pool would be the best option.

If you 3,3. There are no liquid markets of time. Except those provided by the treasury itself. Meaning that when someone buys time. They are buying it from the treasury. Since it is the only actor incentivized to provide TIME liquidity.

Without rebasing. The incentives to stake(3,3) are gone. Liquidity goes up.

With liquidity up. Treasury liquidity providing profits gets rugged.

Demand, volume + illiquidity caused by 3,3 → Time premium goes into up only. (And can be used to sell a little and buy backing tokens to put back in the treasury, and you want to because of the minting discount)

Demand, volume + liquid market caused by liquidity provider → no change. no lp profits. no selling premium for more backing. Congratulations you rugged yourself.

Agreed. It’s a stupid change. We should get a vote at least before they go through with it because it won’t be so popular when people realise it gets rid of the Nash equilibrium 3,3

Has there actually been any official announcement regarding this? I do not think so. There has been ideas spoken publicly.

There is no official announcement.

There is no proposal.

My only thought would be that we don’t know what the proposal is yet. The Wonderland team have created an incredibly successful protocol - and the only treasury with a vision. The timing of the proposal seems to be in response to the recent liquidation cascade that hit the price. If the idea is to leave “Ohm fork Island” - I bet they’ve come up with an innovative way to do it and move us forward:)

Conceptually, temporarily pausing rebasing and sending assets to wallets who are close to liquidiation and then resuming regular operations once the selling / liquidation cascade is over. May be something to think about. (I personally do not think reimbursing there over leveraged gamblers is a good idea, but I also don’t want the premium to tank because of liquidation cascades).

Completely changing the incentives is not a good idea.

I don’t think you are looking at the long term here. If we stuck to the current model $TIME would be rebased down to a dollar. With revenue share the runway for the project could become infinite. I think Sifu put it best when he said “1. It’s not fair to compare 0% profit with 80000% dilutive stock splits to true revenue share. That’s like asking a hungry person if they would prefer that you cut their steak into 200 pieces, or have one more steak”.

100% behind not changing it

why would the rest of us have to pause our rewards because someone was irresponsible enough to overleverage? It is not the project’s responsibility to bail out people from their own bad decisions

Here you can see backing per time. With 3,3 backing per time is in up only mode. Meaning that when dilution goes up, backing also goes up, premium is volatile but also goes up. There for what you get is not a diluted dollar. It is a newly printed dollar, with the value of the old dollar. This will continue like that, however, on the horizon, amount of printed dollars you get per rebased dollars will go down

If you remove the incentive to 3,3. Backing per time will flat line. Premium will disappear. Time will turn into a highly priced stable coin with the same APY of the stable coin liquidity pools it has coins in. (at best)

I think I need to see an actual proposal of some kind stating the mechanics of how it would all work before I label it dumb. At some point it has to be about revenue/profit sharing. We can’t just rebase ourselves into a trillion dollar market cap. Lol.

Now, if the revenue share took the form of a rebase-like accumulation, so as not to upset the apple cart too much, maybe that would be an option.

My biggest personal question about any new structure would be: would there be a wrapped version?

Currently, I hold wmemo only, to avoid the potential tax implications of holding a token that constantly incurs a likely taxable event every 8 hours. I would want my distributions of whatever profit there is to be rolled into the value of my token, instead of being paid out in a dividend. Better for taxes.

I do agree with you that we are in a near unbelievable value appreciating scenario right now. That the backing per time is going up so well is a miracle and the real reason we are all here(thank you team, frogs and VCs). But, yes, if the backing assets are to continue to go up, there needs to be more value to be put in the treasury. However, to ape into wonderland. you have to buy AVAX. And if there is demand for AVAX, the price for AVAX goes up. So the market cap will increase with demand.

Dani has stated that he is a “multi chain”-guy. We are still in the early game.

I hear you. No one wants to more taxes to our wasteful governments. If Wonderland could give options for creating a monthly income stream (maybe in stable coin) or rolled into TIME, it might cover different objectives. If someone wants to stay invested, the person selects rollover to TIME. If someone needs a monthly passive income source to financial reasons, the person could select to be paid in stable coin.

I agree completely. Options would be ideal. I’m not in it currently for the monthly income. I want capital appreciation.

Depending on how this is implemented, it seems like it could have a similar event to US FDIC insurance. What I mean specifically is the moral hazard FDIC has caused. I don’t want to take the time to pull up sources but essentially the theory is this:
The banks having a federal guarantee on all depositors funds (up to $250K) has created a culture of overly risky financial behavior on the part of the banks. The 2008 crash and sub-prime mortgage crisis is an example.

This is VERY oversimplified, but I think it’s enough to make my point. I would be concerned that something like this would cause a similar moral hazard. People may feel emboldened to over leverage even more than they are currently, sure that they’ll be bailed out.

Obviously we would need to wait to see an actual proposal to pass judgement, but I though this was worth laying out.

Figured I would toss my two cents into the ring given some of the feedback here.

We have seen no written proposal or concrete thought put forward on what a revenue share would look like so until then I wont speculate on what it would do to the protocol. It raises serious questions to how it would effect demand in general and its post acquisition utility on Abra.

Leaning on what I recall from watching the AMAs with Daniele I do believe he referenced $TIME going to a non-inflationary model. It was in the context of the treasury being used like a DAO-VC, or a launchpad and that’s basically what we could conceptualize into RuneScape or Minecraft $TIME edition. Fees from in game purchases, subscriptions etc would probably augment the protocol rather then replace it unless it was generating Bungie level revenue.

So I am not stressing until we see some proposal that shows how that would augment/replace the protocol. I personally would not vote for something that entirely replaced the ability to mint new tokens but would probably jump at the opportunity to parabolically track APY with market demand, falling to periods of zero or entirely negative where buyback begin and side channel revenue shares built treasury during bear markets.

I recommend watching this AMA where Daniele goes over some of the concepts, at least the first 20 minutes then fast forward to 1:03:00. After this watch the SPELL AMA. 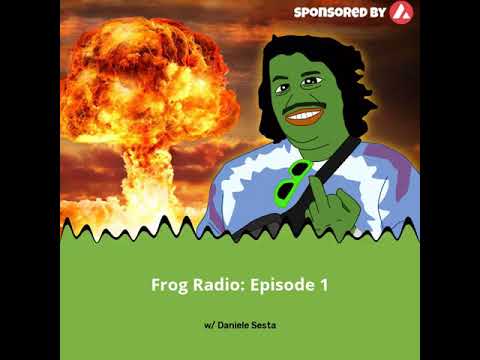 I had listened to this before - but listening again with this context is super informative. Thanks very much for posting. I work in Advertising, and this reminds me that Daniele is the architect of a financial vision that - while I really appreciate being asked my opinion on - I’m best to let him and his team of experts bring into reality. I’m stoked to hear the proposal. It’s an exciting time - hazzah!