We are all aware of people that only stake for a few minutes to collect the rebase. I am proposing we change to a dynamic rebase system like Sol Invictus which rebases with every block, not every 8 hours.

Allow rebse who bought before rebase but lock that for atlist one day and if one trying to sell that rebase amt straight go to trassury .
This cause to every one who sells .

you are like a bunch of others trying to solve a problem that doesnt exist.

Can you explain your reasoning?

If a lot of people are bringing it up then doesn’t point to at least a consensus?

There’s no reason to stop people from making minus EV plays. Wonderland’s treasury profits each time people swap in and out because we incentivize minting with AVAX-TIME and TIME-MIM LPs, and keep those LP tokens (i.e we get the fees).

Making this change also has the consequences of making the project seem more rug/ponzi because rug/ponzi projects would love the excuse to have more funds/time to keep the appearance that all is well while giving themselves 8 hrs to sort out the liquidity they would need.

I agree that people who think they can do this will eventually lose money, but new investors don’t know, and if their first reaction to “discovering” this arbitrage is that they have lost money, they will have a bad sentiment towards the project. Eliminating this possibility with dynamic rebasing means people only see the project, and its potential, for its actual value as a long term play.

When I first saw all the AVAX forks, I planned to write bots to cycle around and collect rebases just like many others who’s intial instinct is that it is profitable, but in the end calculations it is not.

I don’t think that the segment of the population that can code bots is significant, nor is it necessary to take the devs away from what they’re working on to put guard rails on this bowling lane. You should have the freedom to try to write a rebase hopping bot and lose money if you want to.

If they feel badly about $TIME for their own actions, then it’s really just this: 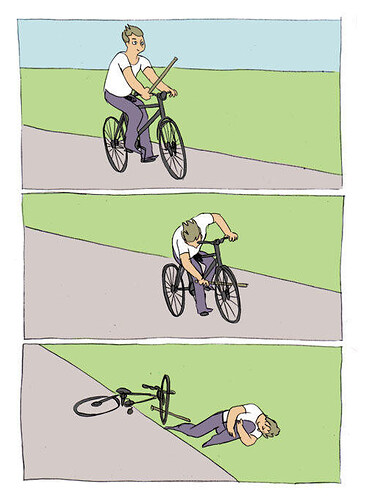 I don’t belive it is an alteration that would take very long. Simply changing the 8 hours to something like 2 hours would completely elimate this issue that has been popping up a lot in other discussions. For good reasons or bad (I agree, completely unprofitable strat), but it is on a lot of peoples’ minds.

dynamic rebasing on invictus is candy: token number go up up by the millisecond

It actually points to a lot of uninformed people that never understood why it’s not a problem, even though Sifu and many, many others explain over and over again why it is a non-issue.

There is (imo) also absolutely no need to have half the forum spammed with the same topic.

Any idea presented needs to be coded in and is not “an easy change” - as Sifu also already explained (multiple times).

I really don’t understand why people are still bringing up this issue? like, is that so hard to understand that paying a slippage of 0.5% x 2 (buying and selling TIME) just to get 0.6% rebase is not profitable.
Why people just can’t read a couple of threads before posting a new one that doesn’t have any value and just adds to the mess that has come to be on this forum just only in 1 day…
There are literally 10 threads talking about this fake issue, and it seems like everybody talks in their own language…

Is there a moderator here that can take care of this mess?