Snapshot vote should be backdated

Right now we’re getting a price pump because Whales are buying up a share of the voting power for mega cheap, knowing that in a liquidation scenario they would make a profit.

They are going to try to force the vote through, even though it leaves all the long term holders out of pocket and destroys and hope of breaking even or ever making gains in the future.

Only allow votes from wallets who have been holding for at least 10 days, weighted by the amount they had 10 days ago.

WHALES and ARB traders are buying below backing price to vote for dissolution and get free money. Wake up we are getting slaughtered again!

Same story. All snapshot talk should be BSGG snapshot before all the craziness. Those that left, left but you were here for the BSGG snapshot and you’re still here then your vote counts or your presence gets the payoff. I prefer to stay with Dani and a new vetted, doxxed treasury manager and communication team.

The zionists are back… Vive la Wonderland!

Fully agree, this treasury does not belong to the recent arb traders, it belongs to the frogs who contributed to it months ago and held on because they felt that the project had potential.

Allowing whales/arb traders to scoop wMEMO at 1/10th the price and allowing them to vote with all of that additional capital is going to ensure that they secure their payout and is a huge slap in the face to everyone who actually cared about this project.

I agree, let’s coordinate with the other proposals, there are almost 6 proposals saying basically the same thing.
This is our treasury. I think it’s far from “over”. There are some issues creating more uncertainty like the website being down and the liquidity in sushi’s pool is reduced to 35m so the price is swinging more. 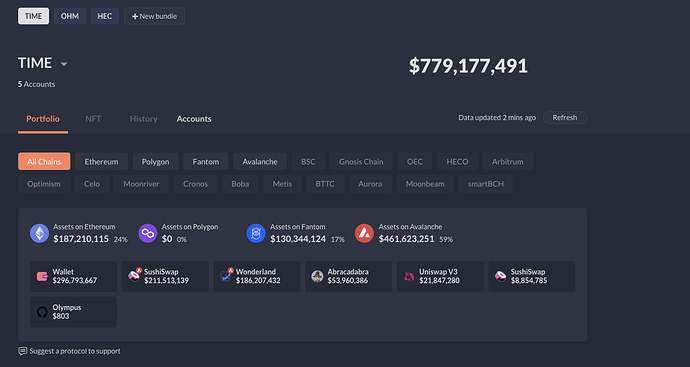 I’m ready to vote yes on this before it’s too late.
What does the proposal need to be voted on?

When was the snapshot? I never wrapped and now the app is not loading.
My average entry point was about $2,100 and i only staked about 2 weeks ago. I’m in deeper than i planned because i thought i was getting a crazy deal at 16-1700 and went 23k in on this.

Is voting power based on your holdings or just each individual?
I’m new to the discord but very invested in the project and want a say in what happens.
Also wanting to understand it all first.
Thank you!

I support this, I suggest using the BSG snapshot.

This Projekt was for all the small Frogs that spend money, for that they worked hard, this frogs want to continue the Projekt…this Projekt was and is „Hope“!
Now with this fast decision we go against all the things we wanted to stand for.

All frogs that are here since the beginning, the frogs that have small ammount of money in here (because that is all what they have), the frogs that never sale instead hold through all crisis……this frogs are the biggest losers wenn we end like this.
Iam one of this frogs.

There is already a proposal to vote quadratic i.e. one man one vote.

If you have 100 MEMO, put in the proposal to change the vote to quadratic. This will achieve what the OP wants in a simple, workable, way.

you think you have a choice? as long as the keys are held by them you are not in charge of jack
everything is happening exactly like they want. they allow you to think and believe exactly what they want. You really think we dealing with a few bucks?
People have done alot worse for wayyyyy less.
you can become the leader of the free world for around 150mill you think spinning this is harder than that?

Have you informed and invited the members to wait for selling their holding at least before we get a decision?

This was yesterday, when dani said that he was going to support us in the continuation of Wonderland. Now, the situation is different. The project will get dissolve. We don’t have a choice now.

Re-embursment should be backdated too.
Now that it looks like liquidation is inevitable, We need to make sure that those who bought below backing aren’t taking all our loss mitigation $ for profits.

Closing this topic because the vote in question is now over.