This is a proposal to replace OMAR DHAHANI aka SIFU with immediate effect and have Daniele control the treasury during the interim. All liquidity funds should be returned to the treasury wallet immediately and he must update his twitter to remove CFO of Frog Nation!

We request a DOXXED fund manager with EXPERIENCE, a face, and a clean track record who we will vote on in due time.

It will be interesting to see if any of these votes are followed through on.
Dani will obviously play the I’m here for the people card now… all their pockets are full. The merger would have had them backing up the truck… well played, biggest Ponzi in all history. No doubt he will continue the buybacks. What a great opportunity for insider trading! lol Hopefully we can all steer Wonderland back to something of value…

We voted for him so now we vote to replace him. Daniele’s rep is on the line if we vote and it doesn’t happen.

You have no idea if that’s his wallet address, this vote was sparked by fear and frustration, without enough information, without taking a step back.

That’s no way to make decisions.

Regardless of what Sifu did or didn’t do, the finger pointing and whining is making us all look bad.

"October 26, 2004 — The gig is up for 20-year-old Omar Dhanani. He is one of 28 people arrested in connection with Shadowcrew, an online bazaar for stolen credit and bank card numbers and identity information. These items were bought primarily with E-gold, a digital currency purportedly backed by real gold. Criminals were drawn to E-gold because it allowed them to transfer funds with little more than an email address.

Working out of his parent’s home in Fountain Valley, California, Dhanani served as a moderator on the Shadowcrew forums. He also offered Shadowcrew members an e-money laundering service. Send him a Western Union money order, and for a 10% fee, he would filter your money through E-gold accounts, adding a layer of anonymity to any purchases you planned to make."

I have no hard feeling toward Sifu’s past, just that it is not a good time for him to manage the treasury when there is no full trust from the community in what he is trying to do. Thus, I vote for.

The past few weeks were crazy enough for everyone. Please calm down and act reasonably.

I agree with this proposal because his history is putting a whole project at risk. Our trust is hurting bad already and I don’t want to see this project collapse.

That being said, we as a Wonderland community have to put faith in Daniele and Sifu and their vision. Everybody who throws rocks at Sifu should question themself if they could be found in a similar situation. We all made mistakes in the past.

Sifu should be given another opportunity, but it is too risky to leave him as a fund manager atm. To rebuild investors trust in him and this project, I suggest the following:

I see this as a turning point of Wonderland Time. We can’t afford things like this happen anymore. The trust is the most expensive asset in the world, it’s hardly earned and easly lost.

Given Sifu’s actions as of late and now knowing his past history it is in the best interest of the DAO that he goes away. I don’t understand what Dani was thinking when he hired him.

We small frogs should have the possibility to claim our initial investment.

This is so bad that Dani might have to use his own money to replace anything that Omar runs off with. I actually feel more confident knowing that a career criminal has been exposed as managing the treasury of Wonderland.

Once this guy is out, once he has no control of funds, there will be an injection of confidence which will push the project back up.

doubt it as it doesnt lock to ownership of Wmemo

From fraud to fintech, Quadriga co-founder's past crimes emerge

Patryn was involved in Quadriga from the start, helping Cotten establish one of Canadas first Bitcoin exchanges. 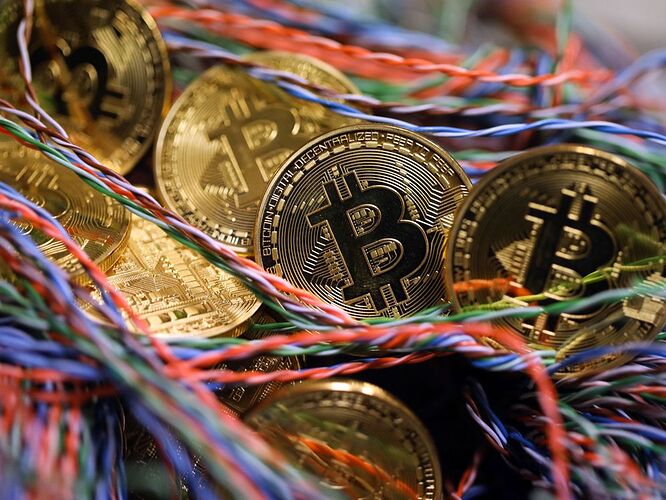 A criminal past haunts surviving founder of troubled cryptocurrency exchange...

After serving time in the U.S. for his crimes, Omar Dhanani was deported to Canada, where he changed his name and reinvented himself as a Bitcoin entrepreneur Promote this proposal on discord and Twitter. We need this shit to stop now.

can we finally get an answer on what happened to the 170 mil that disappeared from wmemo backing treasury over the last 50ish hours? once 60 mil and once 110 mil 24 hours later pushed the backing from 51k to 40k without any explanation. its not buybacks cos those would increase the backing price (logically), its not assets losing / gaining value as nothing moved much in that period nor have i seen any explanation about this. so far it looks like sifu stole it.
thats coincidentally the same amount he stole after the quadriga scam

Honestly the only thing I have to blame on Sifu as a treasurer is to not run buybacks in a more competent manner. IMHO for everything else he was doing a great job, also I don’t care about his past, rug pulls can be made from people with a clean track record as well. What matters is that he showed skin in the game and conviction in the project by leveraging wMEMO and getting liquidated twice. So for me we should keep him as a treasurer.

Sifu has straight up busted his ass every day giving AMAs helping large waves of people on discord and has been pretty open about most plans for this project, I think he should stay, hes made it pretty clear and has shown on multiple occasions that this project is his baby, I say keep him we all aped into a degen crypto lets have it be run by a true degen

we are fudding our own bags

can we just kick off sifu and go back to business