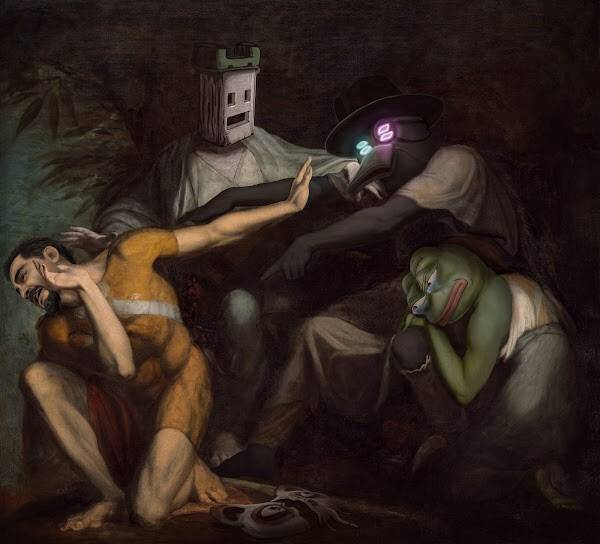 If the community believes that the Wonderland “experiment” ran its course and it is time to pack up and go home, this would be the option for it.

Wonderland would come to an end and the treasury would be distributed back to the holders. Different redemption options could be available like during the rage quit event.

Of note, Daniele indicated he did not believe in this option and the community already voted against this in the past.

If Wind down is the preferred option, different choices could be available for the holders:

Note, none of these options are official, simply examples

[THREAD] The vision ... And the future of Wonderland General Discussion

THE VISION … AND THE FUTURE OF WONDERLAND [image] The Vision For months Daniele has been talking about his vision for his protocols. On December 24th, Daniele tweeted a draft of his plan: Sushiswap as the Multichain AMM & DEX (two separate things) Abracadabra will allow liquidity to be deployed across all meaningful pairs cross-chain Popsicle with leverage and tech will allow to execute always at the best price MIM pairs relative to any other market Wonderland will funnel growth and inv…

Keep in mind that none of these options are official proposals, they only serve as getting the discussions started.

Winding down seems like a silly option and strictly worse than quarterly redemptions.
There’s nothing a wind down does for anyone that a redemption doesn’t do as well.

Why would this even be a option? Are they having doubts about what they can do with Wonderland? Curious why this is even up here. Do the devs think they can move this project forward and get it going again where people can make money?

Cause it’s an option. The community seems to still dont want this. Dani also indicated in the AMA he wasn’t in favor of this either, but it’s an option.

I think this PROJECT should be left exactly as is! Let folks stay in until they are whole again! This project could have been great had it not been for the SIFU shadiness! Instead of taking peoples money and building /merging, how about making them whole again by keeping Wonderland as it is, let them get to a point where they have received all their money back, and then MOVE ON! TO MUCH happening to fast! I feel DANI owes this to everyone involved in the project!

NO NO NO NO and please do not open this option again! The Team should fight more for Wonderland to open such a discussion again. You lose trust by accepting options that should not be discussed!

In my opinion, have this option open serve to show how the community is still willing to move ahead.

It’s been a few months since the last Wind down. Some things have changed, but the progress has been limited for various reason. Having such a strong no against Winding down shows that the Rage Quit has been successful on aligning the community and it still is.

A wind down would most likely not achieve enough, just like RQ and Expecto Patronum didn’t do much.

no not a good option