Invest $1 million of our treasury to Ukraine's future

This is a general discussion to determine if our community would be in support of making a $1 Million investment into Ukraine and their future.

Wonderland has had some hardship over the past few months but in light of recent events it’s clear that our ‘hardship’ is incomparable to the inconceivable events that have occurred in Ukraine over the past week. This is a simple opportunity for our community to unite around an important and time sensitive cause.

Our treasury earns roughly $1 million/day. it’s a small sacrifice for Ukrainians who are fighting for survival and Freedom.

I had been thinking along these lines in the past few days as well.
Just didn’t know how to get it started. Thank you for doing this.
I would be on board with this idea.

wonderland should not be involved in these matters

No way. What a stupid proposal, stay out of it

Nice though but this project is a disaster right now. It’s in no position to do anything right now.

Every bit helps. Weird to see negative responses to this… I support this idea.

go give your own money then.

Well, what can i say, i do not believe wonderland should be bailing out the Ukraine, i believe they have a far bigger treasury than we do, enough said

no, the west is being played with pro ukrainian propaganda
if anything lets donate 1 million to Putin

Maybe if the project was successful but most of us are down 70-80%. It’s ridiculous to give money to ANYONE other than holders who have been rekt.

Clearly you have never experienced war. The people in Ukraine deserve any support they can get. Much more important than our internet money. We’re down so much anyway, it wouldnt effect us much.

Wonderland is dead anyway, there is no ‘invesment dao’. Besides, our dev team is in ukraine. If we help ukraine we help our devs… Definition of win-win!

But 1 million is not enough to help ukraine win. And ukraine is corrupt, so giving it to ukrainians will be a waste.

I propose we pivot. Let’s make wonderland into the first war DAO. Invest the entire treasury into drones and remote controlled tanks.

The community can vote on who controls the drones and tanks. We will set up a paid livestream on twitch to get revenue.

Our goal will be to capture ukranian territory. Any captured territory we can sell to the highest bidder. (best would be ukraine, but we shouldnt exclude anyone from the free market).

After the war we can buy more equipment and do the same thing in some african countries.

@Ufis
I’m sorry, WHAT?
I really felt like you were on to something with the War Dao, but lost me at the video game ideology to gain likes and revenue. This is war. Not meant to be a Livestream event

However I DO like the idea of putting the treasury to work for our Devs in a creative way, allowing us to use our crypto with real-world application.
Say we instead we were to invest in one of green energy aspects now being applied in Europe and the neighborhood because the war has caused these countries to cut off their supply from Russia.
This in the long run could build revenue

In 2020, renewable energy sources made up 37.5 % of gross electricity consumption in the EU , up from 34.1 % in 2019. Wind and hydro power accounted for more than two-thirds of the total electricity generated from renewable sources (36 and 33 %, respectively).

Customers of Russian fossil fuels will now be more motivated to pursue energy independence, according to Habeck, a powerful figure in the new German government whose portfolio includes economy and climate. 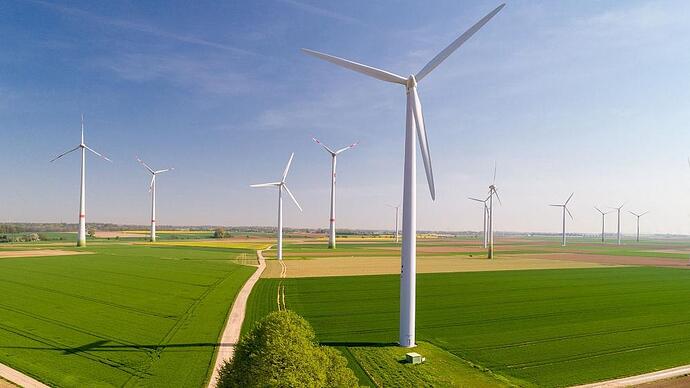 If Europe stops buying coal, oil and gas from Russia, it could spark a renewable energy revolution.

hmm the energy idea is interesting. However green eneregy development will take a long time. As investors we want returns now obviously.

i propose we will split the treasury:
50% war DAO
50% to buy the european contracts for russian oil and gas

This way europe will no longer have enough energy supply. This makes the war worse. so our war DAO can profit more. the worse the war gets, the more energy europe will need. So we can sell some of the oil/gas to europe keeping both demand and price high.

basically a triple win for us.

Yes europeans will be cold, but its almost winter. And more ukranians and russians (but who cares about russians lmao) may suffer in a more intense war. But in the end it’s the free market!

Additionaly i propose Sifu as our General to lead the war.

I really wish that WL will stay Apholitical and careful to send money to any “side” that may end up in buying weapons.

Daniel has already delayed Ragequit by 7 days just because the devs are affected by the war which is massively hurting the project (trust and ability to go forward) instead of reaching out to another dev that could easily implement the contract for such a minor task, and now you even want to support the cause?

I am 100% against anything like this, as a group of investors with international members from all over the world, including Russia and Ukraine, NATO alliances, UN members etc do you really think this would ever come to fruition? Let alone be agreed by everyone?
The idea is nice and I respect you for it, but we are not a charity and I most certainly didn’t invest in Wonderland to have the treasury throw money into a war/support effort.
The Ukraine is full of corruption much like Russia, it’s just that the Ukraine didn’t provoke Russia into what Putin has them doing now.
I have no grievances with Ukraine, their people and I am appalled at what is happening, but it is NOT our place to be getting involved in this, in any way whatsoever.
If this proposal even made the smallest amount of traction, I am out, I’ll pull out what little MEMO I have left and exit.

I agree, 1 million is nothing compared to the damage whales cause everyday, and is a good cause.

go give your own 1 million then

i bought an nft to support the ukraine on my own accord, far as i wanna go. Unbelievable that someone would even suggest this for twl. project is already such a mess.

Im not 100% against it, but if there were a vote today, i would vote a resounding HELL NO. A drowning person can not save a drowning person. In this case, a company with people bailing out in droves, couldnt possibly do much good to help millions of people bail out of their situation.

does it suck? yes. and i do feel for them, but let our military handle it.

how could you entertain giving away money when most of us are still down 50% ? good karma? …eh maybe…good business ? - dont make me laugh.

That being said, i would not be opposed to such a proposal once the project has been rebuilt, to help rebuild other places, get us in the green and id vote yes on a prop. do it now, and im finally out.