How do you do, fellow frogs

Quick update from the team building Avalanche liquid staking for Wonderland: things are going great on the engineering front, and we’re looking forward to sharing some teaser screenshots of the web UI soon

We’d love to get everyone involved, and what better way than to help name the thing we’re building?

The team’s bounced a bunch of ideas around, on the themes of snow (Avalanche), pools (liquidity for staked tokens), Italian ('sup Dani) and frogs (duh).

So far we’ve got:

There’s also tons to play with in latin names for kinds of frog (there’s even a Tibetan snow frog). So, what should we call this thing?

Thread suggestions here, we’ll select a handful to go to a forum poll, and then ask Dani and Sifu to pick from the favourites. 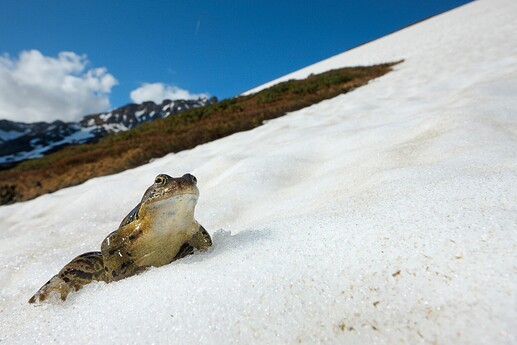 Ninfea and Laghetto sound good to me.

Hi,
Thanks for the update, I wuld agree Ninfea is nice.

Yeah, gotta agree Ninfea sounds nice. Tried to come up with other options, but they dont sound good lol

Since we are Wonderland after “Alice in* Wonderland” the book. Let’s harken back to some other Classic literature and call our liquid staking pool “Dracula”. So then we could all say we are “Staking Dracula” And we’d sound awesome like we are vampire hunting or something.

Not sure how I like the Dracula thing, but I believe there was a pool of tears or something related to Alice in Wonderland. I don’t know if we could play around that ?

Since we are Wonderland after “Alice in* Wonderland” the book

That’s a great one. I always thought the frog footman from Sir John Tenniel’s original illustrations was awesome (and black and white is such a vibe). 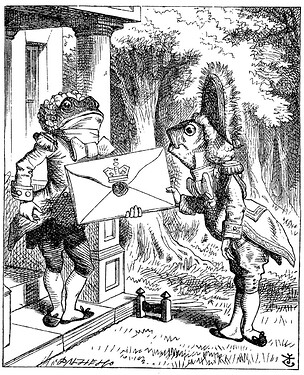 Could just call it “Alice’s Tears”. With the price of wonderland we are all crying I think.

Or just call it “Tears”

I like the reference to liquid bodies but they carry first letter “L” as in Lido, not sure if could be negative in some sort. Stagno is cool, but non romance language speakers might be a mess to pronounce that bringing some confusion.
Ninfea seems universal, although I would put the scientific form “Ninphea”. The whole signature should be considered, like:

Ps.: I think there’s no need to make direct reference to Wonderland, this is a product on its own

I would say Laguna or Ninfea

As an Italian myself I would go for Laghetto within the suggested names.

How about something to do with mushrooms or catepillars?

'This time Alice waited patiently until [the caterpillar] chose to speak again. In a minute or two the Caterpillar took the hookah out of its mouth and yawned once or twice, and shook itself. Then it got down off the mushroom, and crawled away in the grass, merely remarking as it went, ‘One side will make you grow taller, and the other side will make you grow shorter.’

Thanks everyone, these suggestions have been awesome (as well as a ton of really cool art direction for our designers!)

I’ll keep this open another day to gather up any final nominations, then we’ll take it to a poll and choose from the favorites